One year ago I graduated high shool. One year ago I walked across the stage on the Willcox High School football field, grabbed my diploma, and opened a new chapter in my life. Fireworks, silly string, laughter, tears, the whole night was incredible. But after that, real life came, and fast.

I suddenly found myself searching for a part-time job, balancing college classes, paying bills, and traveling around the state as a state officer for the Arizona FFA. This was not an easy transition by any means, but I was well prepared for any obstacle that I was about to face.

When I was a sophomore in high school, my mom decided it was time for me to start paying my own bills. So she transferred enough money for whatever I had to pay for (gas, lunch money, prom dresses, sports fees, etc.) into my account and it was my job to make sure that I budgeted appropriately. Slowly the amount of money that was transferred decreased and I had to start working to pay for the things I needed/wanted.

So many people have told me “you have your whole life to work, don’t have a job focus on other things that you enjoy right now” or “you’re only a kid you shouldn’t have to work”. Well, I’m just going to go ahead and say it: I call bull crap!! When I was in high school I worked, played sports, was involved in clubs, kept my grades up, and had time to hang out with my friends. My mom never told me I couldn’t do something because we didn’t have the money. Instead, if I wanted to do something she said: “ok, so figure out how you’re going to get the money to do that.” So I did, and magically enough I got to do whatever it was that I wanted to do.

My senior year, my parents spent countless hours trying to teach me how to have a real budget for things I actually needed, not just what I thought was necessary. I’ll be honest, these weren’t the most pleasant of conversations for either of us; by that I mean they usually ended up in some sort of yelling match.  This was also when my stepdad said I needed to buy my own car and stop putting so many miles on my mom’s. This lead to me having to pay them in order to drive their vehicles. I remember thinking “why won’t they just help me pay for things, or let me drive their vehicles like all my friends’ parents”. But to anyone who thinks that their parents are being unfair to them right now doing something like this let me tell you this: I am so glad they didn’t.

Fast forward about six months, I’m living in an apartment, I’m attending the University of Arizona, I have no car, and the only bill my parents pay for me is my cell phone bill. One day I received an email from the Office of Scholarships and Financial Aid notifying me that all of my financial aid was being canceled. Considering that I didn’t have a job at this point because I was traveling so much as an FFA state officer, I panicked. This money was my only way of paying bills and buying food, and they were taking it all away. I had about $80 left in my bank account.

I called my stepdad in tears asking him if he could please pay my rent that month.  But I paid my rent that month, and the next month, and every month since then.  I know this sounds harsh, I’m in college and I really needed help and they didn’t give it to me. Wrong. They helped me so much more by not giving me the money because guess what, I figured it out.  I now knew that I could do it, that I could make it on my own and be successful.

A few months later I bought my own car. This was something that I did not think I could do on my own, but I did. My parents didn’t give me what I thought I needed, which was money, they gave me something so much greater, what I really needed, Empowerment.

I look around at many of my friends now who still rely on their parents, and while I think that’s great that they have that support, I am so thankful for my independence. I know I am welcome to go home whenever I want. I know that my parents love me and want me to be successful. I know that I will be successful because they have given me the right tools.

A few months ago, my friend and I were talking about what it was like not being in our parent’s house anymore. I told him that in a year my parents were taking me off of their cell phone plan and I would really have to pay for all my own things. He said, “man, that’s rough.” That comment surprised me. I didn’t think that was rough at all! In fact, I thought that was completely fair. And in that moment I realized how lucky I was to have parents who did this for me, and I was so thankful that they were so tough on me because now I know that I can do anything. No matter what hard situation I wind up in, I will be able to figure it out and make it work.

So to anyone experiencing similar issues with their parents right now,  know that you will be glad they were like this! And parents, don’t quit! It took me a while but I finally see that my parents gave me way more than any amount of money could cover. 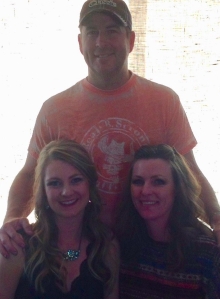