Over the past year, I have been extremely blessed to find not one but TWO of the best friends that I could ever ask for! Even after being together practically 24/7 for a whole year, we never manage to get tired of each other, and are stoked to be roommates next semester! Today, however, I’m only going to tell you about one of them, Paige. Believe me, I could write pages upon pages ( yes pages about Paige hahaha!) about how wonderful these two are, and I’ll be sharing about the other friend soon! 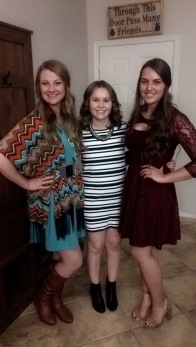 I think we all have one friend that we just love to tell the story of how we met each other. Well, this is mine. We were both planning on running for Arizona state FFA office but had no idea that one another existed. So we were on our way to the first initial meeting, both looking like we worked at Walmart wearing khakis and a blue polo, both very directionally challenged, and both running late (which we were soon to find out would be how our lives would be for the next year). I was quickly walking to the building where our meeting was held when I noticed this little girl coming to walk with me. “You look like you’re going to the same place as me,” she said. (This was the point at which I realized she was not a little girl she was just very short.) “Yeah, it looks like it,” I said and we continued to hurry towards our destination. To break the awkward silence I said, “I had a hard time finding this place.” She responded, “Yeah, I wasn’t about to pay for parking so I parked at that Jack-In-The-Box over there.” (I laughed but actually wished that I had thought of that idea.)

We finally reached the door to the building we were supposed to be in. There was a revolving door with cones and caution tape around it and two regular doors on either side that said “please use revolving door”.  Now as you can see the dilemma was clear, what in the heck were we supposed to do when the door we were supposed to use had cones and caution tape in front of it?!?! “Well….what are we supposed to do about this?” I said;  without missing a beat, Paige opened the regular door and giggled as she did so. “You know, we’re going to be friends,” I said, knowing I now had a friend who would also rather ask forgiveness than permission. Little did I know how great of friends we would be. Since this day we have done so much together. We have gone on trips, shared secrets, gotten in trouble, made memories, rented a house, and watched each other grow. 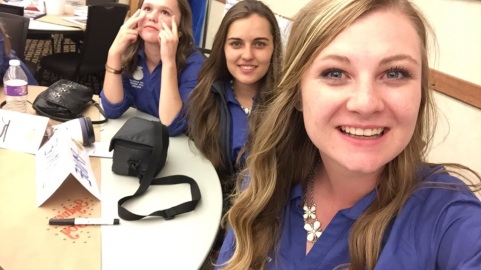 Now, this friend is truly the friend that everyone deserves. To be honest I think that she is the only friend that I’ve ever had that literally cries when I cry.  I remember the night that I realized how special of a friend she really is. We were in Indianapolis, Indiana for the National FFA Convention. The other friend (that I mentioned in the beginning) was with us and we were helping Paige prepare for her contest that was the next day.  After she got done practicing, we started to walk back to our hotel room. Then suddenly Paige stopped and said, “wait,  guys, there’s something else I want to talk to you about,” she spent about the next hour telling us how great we are and that she doesn’t deserve friends like us (and yes crying). But what she still doesn’t know, is why she has great friends: because she is the perfect example of a great friend.

Paige truly appreciates each of her friends and their individuality. She builds them up in ways only she can. She laughs when they laugh, and hurts when they hurt. She is the kind of person you never get tired of being around because her kindness and interest is genuine. She has the best jokes that could make anyone laugh. She isn’t afraid to be herself. She is so different from our group of friends, yet fits in perfectly.

I honestly thank God every day for placing her in my life. And to be completely honest I’m writing this to show her, and all of the amazing friends like her some appreciation and to tell them that their wonderfulness is not going unnoticed. I hope you all are blessed with a friend like Paige! If you are, tell them, they deserve to know what a blessing they are!

And if you don’t have a friend like Paige (or even if you do) I challenge you to be that friend. Because what goes around comes around and this world could use a lot more Paige!